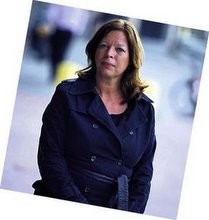 The scandal around fifty illegally adopted Indian children is only the tip of the iceberg. Only in recent months similar practices came to light in Sri Lanka and Nepal, where hundreds of children are being channeled for big money to Western (probably Dutch) adoptive parents, pedophile rings and possibly even to criminals in the horrific trade.

Roelie Post, Dutch officials at the European Commission, in Brussels, had for many years the infamous dossier ‘Romanian children’ under her wings. She watched how the tortured land of the late communist dictator Nicolai Ceausescu bravely struggled to its feet, but was faced with the powerful international lobby of Western businessmen, politicians and even government officials who want to keep the foreign adoption streams intact, and preferably to grow.

Her opposition brought her into trouble: our compatroit was threatened and sidetracked. Today exclusively in De Telegraaf: the shocking story of the Dutch whistleblower on children in Brussels

HONDURAS, 1992. In Tegucigalpa a criminal organization appears to have kidnapped about 800 children. Of hundreds of these boys and girls organs would have been harvested in underground operating rooms. The most beautiful children disappeared to feeding centres, from where – after being fattened – they are sold on for $ 5,000 a piece to Western adoptive parents.

ROMANIA, 1992. The head of the committee for adoptions raises the alarm because of a true sale of children. In just half a year the huge number of 10,000 boys and girls from poor families, orphanages and boarding schools appears to be traded for abroad for astronomical amounts as so-called orphans.

RUSSIA, 1992. Aid workers discover that more than 600 children have disappeared. The little ones seem to be bartered. For medicines, toys and clothes that landed up everywhere, except in children’s homes.

ALBANIA, 1992. The squandering of toddlers and preschoolers for televisions, cameras or watches is for the then President reason to halt all adoptions with immediate effect.

Just a year with just a selection from a set of documented examples of child trafficking. For over twenty years, in the adoption world – despite wonderful arrangements in international human rights treaties – there are continuous atrocities and tragedies taking place. And there is only one cause: the demand for adoptive children in the rich West is many times greater than the supply from poor countries.

Ten years ago, UNICEF concluded that intercountry adoption often does not happen because of the welfare of children, but should be seen as “profitable trade with major financial interests and its own, international lobby that sees children as commodities”. It is simply significantly more lucrative to flog children abroad than to help them in their own country.

In the global child trafficking the above- and underworld are closely intertwined to give the criminal activities a legal touch. Networks range from spotters who are looking for pregnant women, to bribed midwives, doctors and directors of children’s homes. Corrupt lawyers, civil servants and juvenile courts provide the necessary export paperwork. The Western adoption agencies and their customers (eager couples) often work under the mollifying motto ‘children in the rich West are always better off.

The illegal obtaining of children ranges from outright kidnapping to babysitters who deliver children on order. Nothing is too crazy to get birth parents to sign relinquishment papers; young (teenage) mothers get money, free maternity care and gifts if they give their children. The women are often lied to and promised that they can keep contact with their child. Not infrequently, young mothers in childbirth are told that their child died at birth, while the lively newborn is already hidden in a back room where it will receive the status of ‘abandoned baby’.

Roelie Post, Dutch civil servant at the European Commission, got, since 1999, faced  with the horrific practices. “I worked in the Directorate-General which deals with the accession of new EU Member States. From a post in agriculture, I went to the Romania Team and I was given the so-called children’s dossier. Which consisted of monitoring of adoption and financing of projects such as the reform of child protection. I had at that time no idea of the incredible practices that I would encounter. ”

Quickly the Dutch woman discovered what it was really about in the international adoption world. “They spoke in terms of ‘market value’, ‘quotas’ and ‘price volatility’ as if I was still in agriculture and if it was not about children but about bags of grain.” Whereas the Romanian adoption market, from 1992 under then President Iliescu, was as good as shut down – when traders instantly migrated to Russia and Bulgaria – his successor had opened the doors wide open again since 1997. Again large numbers of Romanian children crossed the border.

During her travels Roelie Post stumbled on the lively trade under the name ‘legal adoption’. Because Western adoption agencies were no longer allowed to pay money directly, a kind of bonus system had been established. Those who pumped  most goods into children’s homes, received the most points and the most children. It was so-called being tried first to have the children adopted in their own country, a law that was invariably bypassed, so that the boys and girls still ended up on international adoption lists.

The ‘orphans’ generally proved to be not orphaned. “Nurses in clinics admitted often that the names of the children and their parents were known. As mothers returned later to pick up their child, they were literally out put. Without their offspring of course. Insane situations I have seen: next to a small room with rows of cots with ‘adoptable orphans’, for example, was an expensive ivf kliniek. For Romanian women who had difficulties getting pregnant, nota bene! ”

Romania was found to have more than a hundred domestic adoption agencies, mostly in the hands of criminals. “Those shady characters in big BMWs and hyper expensive gadgets. At the children’s’ homes were, during visits of westerners, invariably children in beautiful dresses at the gates. They served to cling to the visitors and and to beg if they could be come with them. It was all like a puppet theater, with children as the big losers. Because the need to take all those boys and girls away, was no longer there: there were more and more domestic adoption opportunities, foster homes and group homes, also funded by the EU. ”

Shortly after taking office, the Dutch woman became known as an advocate of children’s rights. But she was mostly labeled as opponent of intercountry adoption and was got the, described by Unicef, ‘international lobby’ after her. Roelie Post: “Five countries – America, France, Spain, Italy and Israel – led the way. French, Italian and Spanish MEPs constantly hammered the importance of adoptions from Romania. ”

One of her main opponents was the incredibly wealthy French banker François Polge de Combret, who appeared to have a charity and all kinds of economic interests in Romania. “The Combret still seizes every means of propaganda to present the situation in Romania as worse than it is. He therefore has even tried to keep the country outside the EU and to deliberately perpetuate chaos. The international press is obediently follows. Because there must be 10 000 little children adopted annually. ”

“De Combret’s relief organisation SERA had in Romania a director who became Secretary of State for Child Protection. On face value, his adoption law was in order, but the because of smaill details again child trafficking occurred. We also discovered that the Combrets minister and his staff were paid by SERA and other Western organisations. Obviously wet, the European Commission, put a stop to that. “

Fierce was her resistance when the Americans threw in their weight. “After the adoptions in 2001 finally, albeit temporarily, were halted, the Americans came out. A powerful lobby; the Congressional Coalition on Adoption consists of over two hundred senators. They would quickly arrange a new law on adoption for Romania. There was a video conference: big-TV screens with Washington, Brussels and the US Embassy in Bucharest. Powerful men who talked about children. We could not get an agreement. ”

Roelie Post got plenty of support from her then boss. The German politician and EC Commissioner Günter Verheugen – himself strongly against child trafficking and pro the realisation of local care – installed a Panel of five European child rights specialists to advise on legislation. “The Americans were out. I made no friends. ”

The pressure continued and grew. Salient in this respect were the words of the then US Secretary of State Colin Powell (Foreign Affairs). Post: “It was shocking to the then Romanian Prime Minister Adrian Nastase. “Before Romania can join NATO, adoptions must be allowed again,” told him. And it happened again in 2003. In the negotiations on accession to the EU, the then Italian Prime Minister Berlusconi demanded from Nastase 105 children for families in Italy. We found out that all of these children were taken away from foster homes where they had lived for many years. This has led to terrible tragedies for the children and their foster parents. “

Then things exploded and for Post scary times started. “I was livid. EC Commissioner Verheugen wrote Nastase a letter in which he requested full explanation for the gesture towards Berlusconi. I informed the press. Since that time, the threats, the intimidations. Phone calls, letters, always the same unknown southern European persons at my house, in the restaurants where I ate, along the path where I walk my dog. The Brussels police warned me: the threats seemed directly related to my work at the European Commission. Organised crime, they said. But the security of the EC did nothing. Eighteen months later I got ‘because of my safety’ another job. Sidetracked. The international lobbying had gotten its way. ”

Or not completely? At the urging of her friends and colleagues she recently wrote the book Romania, for export only, The untold story of the Romanian ’orphans’ which will soon be available in Dutch. Post: „This story needed to be told.”