Source: Madonna takes Lourdes back to visit the Malawi orphanage from where she adopted David Banda
By Lizzie Smith
Last updated at 10:43 PM on 07th April 2010

Their heads craning to peer through the gates, children were desperate to see inside The Home of Hope in Malawi today.

They were hoping to catch a glimpse of Madonna, who was returning to the Mchinji Orphange where she adopted her youngest son in 2006.

The global superstar and daughter Lourdes were surrounded by hordes of excited orphans on their visit. 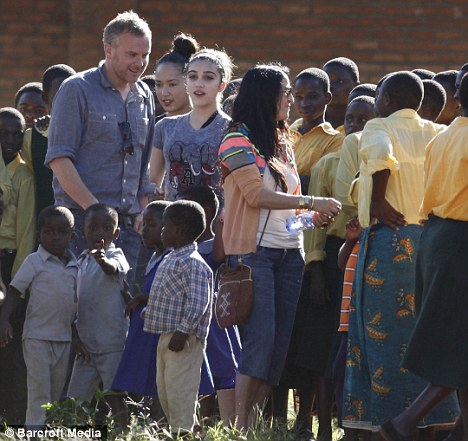 Charity visit: Madonna’s daughter Lourdes is surrounded by orphans at The Home of Hope Mchinji Orphange in Malawi

Madonna adopted David Banda from the orphanage when he was 18 months old despite opposition from his biological father Yohane Banda.

Mr Banda complained the following year that he had only been allowed to see his son once since the adoption.

But he has since changed his opposition to support the star, saying he can see the benefits for his son, now four. 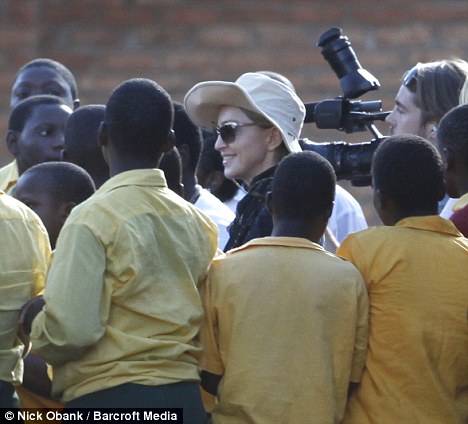 Welcome back: Orphans meet Madonna as she returns to the orphanage where she adopted her youngest son David Banda

Madonna arrived in Malawi earlier this week for a week-long charity tour to inspect projects she established since her first visit in 2006.

She has pumped millions into the impoverished southern African country, where four in ten people live on less than a dollar a day and the life expectancy is just 41.

It is Madonna’s first visit to Malawi since she controversially adopted a second Malawian child, Mercy James, last year. 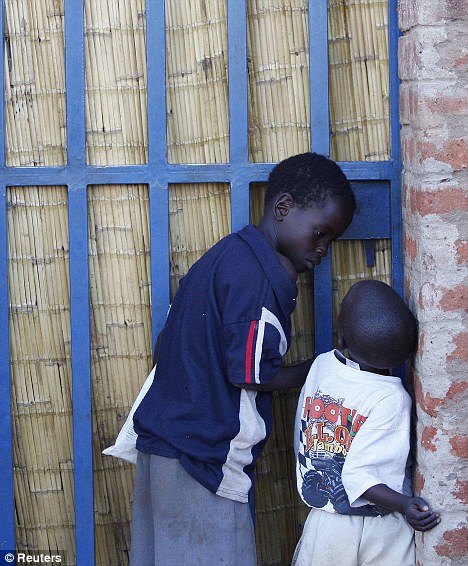 Is she in there? Children peer through reed mats installed to keep the paparazzi from taking Madonna’s picture

The four-year-old’s grandmother claimed she had been ‘stolen’ from the family and Madonna was criticised for using a private jet to fly exercise machines, expensive wines and a personal trainer into the impoverished country at a cost of tens of thousands of pounds.

Madonna was also accused of using her money and influence to circumvent Malawian law, which stipulates that foreigners must be resident in Malawi for 18 months before adopting a child. 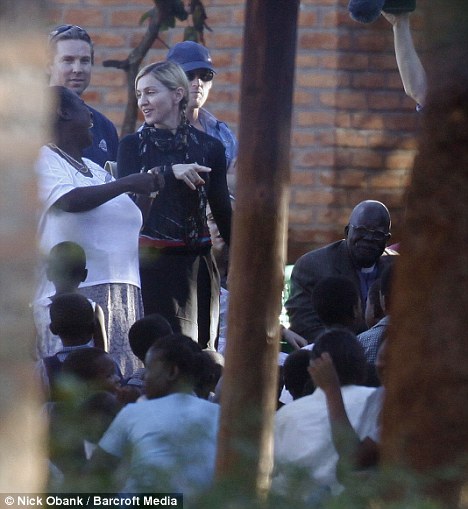