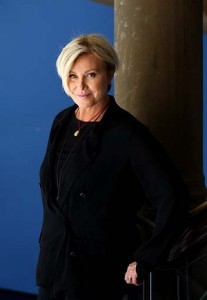 Fresh evidence of Indian children being trafficked for adoption in Australia has emerged as the Abbott government flagged a boost in inter-country adoptions.

An organisation representing Indian parents of trafficked children says three new cases have been identified in the past 12 months where children were allegedly illegally adopted to Australia. An existing case, involving a child who had been kidnapped off the street and sold before being adopted to an Australian family, remains unresolved.

A researcher for the Netherlands organisation Against Child Trafficking (ACT), Arun Dohle, said potentially dozens of Indian children had been trafficked to Australia under the previous inter-country adoption program that ended in 2010.

At an announcement attended by high-profile adoption supporters Hollywood star Hugh Jackman and his wife Deborra-Lee Furness last month, Mr Abbott said ”tens of thousands” of children could potentially be brought to the country for adoption.

ACT has cautioned against ramping up overseas adoptions until existing cases of Indian children being trafficked under previous official adoption overseas programs have been resolved.

Mr Dohle said one case involved a girl who was old enough at the time of adoption to know her parents were against her being given up. ”She is now an adult and is seeking her biological parents, who we believe did not give consent,” he said.

A second case involved a child adopted after being accidentally left on a train. Mr Dohle said the mother is alleged to have left a train briefly to get something but was unable to get back on when the train left The child was allegedly removed from the train at the next stop, taken to an adoption agency and sent to Australia, Mr Dohle said.

A third case involved the adoption of a street child without proper attempts being made to find the parents.

Mr Dohle said all three adoptions had been arranged through Indian orphanage and adoption agency Preet Mandir, which has since shut down after allegations of corruption and of adopting out children without proper paperwork. The Indian company, which provided dozens of children for adoption in Australia, has previously denied any impropriety.

Mr Dohle said ACT called on the federal government in 2008 to recognise liability in adoption cases of kidnapped children. ”We never got a reply,” he said.

”I would now call for the Australian government to have a criminal investigation into how these children ended up here. They also need to assist those families who need investigations done to find out what happened to their children or for the children to find the parents.

ACT is representing an Indian couple whose daughter was kidnapped, sold to another orphanage and adopted to Australia using false paperwork.

The girl’s India-based biological parents, Salya and Fatima, have been fighting to meet with their now-teenage daughter but negotiations stalled after both sides were unable to agree to the terms of contact.

A spokeswoman for Mr Abbott said the government was committed to working with state and territory colleagues and stakeholders in the area of overseas adoption, including the non-government sector, to deliver reform on the important issue. ”We do not comment on specific cases.”

A spokesman for the federal Attorney-General’s office said families concerned about the circumstances of the adoption from India were encouraged to contact their state or territory authority.

Press officer for the Indian High Commission in Canberra, Tarun Kumar, said there was ongoing liaison between Indian and Australian authorities about the existing child trafficking case. He said he was unaware of the new cases uncovered by ACT.

Indian adoptions were halted by the government in October 2010 following allegations of complicity of the Indian Central Authority in illegal adoptions.

Last financial year, 339 children were adopted in Australia with 129 from overseas, according to the Australian Institute of Health and Welfare figures.

At a function at Kirribilli House in Sydney in late December, Mr Abbott announced the focus on improving adoption and said a taskforce would be set up to report back in March.

Do you know more? [email protected]