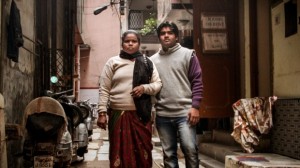 An Indian couple will travel to Australia to force a reunion with a girl they allege is their daughter who was kidnapped and illegally adopted to a Queensland family.

Fatima and Salya, from East India, have spent nearly 10 years unsuccessfully seeking contact with the girl who lives on Australia’s east coast.

They say she is their daughter Zabeen, who was kidnapped off the street when she was two years old, trafficked to an orphanage and then illegally adopted in 1998.

But the controversial move has angered and “stressed out” the girl and her Australian family, who cannot be identified under adoption laws.

The girl who is in her late teens told Fairfax Media she had grave reservations about any contact and could not be sure the couple were her biological parents.

She said she was busy studying and not interested in having any meeting at this “stressful” time and especially through any third party like the NGO which she believed was untrustworthy.

“She [Fatima] has trusted the wrong people,” said the girl.

Her Australian parents this week confirmed they knew the NGO was seeking to arrange a meeting but said that they had already strongly rejected any such contact.

“She [the daughter] is horrified at the thought of the publicity and she said if Dohle brings all these people over she will not meet with them,” he said.

The father said they had no trust in Mr Dohle after the activist tried in 2013 to bring criminal charges against him and his wife.

“He wrote to the Australian High Commission and said he wanted to see if criminal proceedings could be implemented so this all makes us very suspicious,” says the father.

The move to bring the Indian couple to Australia could run afoul of Australia’s strict adoption laws and is likely to generate controversy over adoption at a time when advocates such as Hollywood star Hugh Jackman’s wife Deborra-Lee Furness have been successful in pushing for adoptions to be fast-tracked.

The Indian parents have battled unsuccessfully for years to make contact with the girl, including taking legal action in the Indian courts, appealing for the adoption to be overturned and publicly protesting outside the Australian High Commission in Delhi.

The money they have been allocated through ACT will fund them, their son Saddam and a social worker and Dohle to travel to Australia.

Mr Dohle said the family would be making an official request for visas from the Australian High Commission.

“It took us a year but now we have raised the money to fund the trip,” he said.

“We have had to do this because the [Australian] family has not wanted to have any contact.”

He said he had already offered to pay for Zabeen and her Australian adoptive parents to travel to India or a third country for a meeting but received no response.

He said the Indian family, who were destitute, knew there was no chance Zabeen would return to live with them in their tiny apartment in the slums of Chennai or that Indian authorities would force her to return.

Zabeen was just two years old when she was allegedly kidnapped as she played in the street with her brother Saddam near her parent’s shop.

Saddam said he and his sister were grabbed by two women and a man.

He managed to escape and went to alert his parents but the girl was gone before they could give chase.

The family feared Zabeen had been sold into slavery or killed by traffickers for her organs but never gave up hope of her being alive.

In the early 2000s Chennai police stumbled on a sophisticated child trafficking racket that kidnapped toddlers and babies or tricked parents into handing over the children for so-called local education programs.

Using fraudulent paperwork the child’s background was then laundered to appear as if they were legitimate orphans enabling them to be moved into the Chennai-based Malaysian Social Services orphanage that fed children into legitimate international adoption process.

Working backwards from the orphanage’s files which included photographs, the police claimed they were able to identify dozens of missing children who had been adopted to first world countries including the United States, Germany and Australia.

They then contacted Zabeen’s parents and others around Chennai with the extraordinary news that the children were alive but living thousands of kilometres away with no idea of their true background.

Indian police sought to contact the Australian family who they believed had adopted Zabeen.

Fairfax understands DNA tests have yet to be undertaken to confirm parentage.

A spokesperson for the Federal Attorney-General’s Department, which oversees inter-country adoption, said the government did not comment on specific child trafficking or intercountry adoption cases due to the need to ensure privacy of those affected. Earlier this year then prime minister Tony Abbott moved to streamline international adoption. The move accompanied lobbying efforts from prominent advocates like Ms Furness.