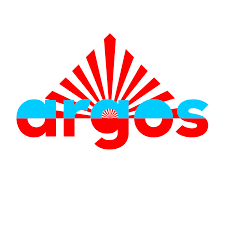 Dirk Lange, head of the Romania Team. We have the minutes of a meeting where her security situation is discussed with the head of Human Resources. There is mentioned the proposal to remove Roelie from the file.

The Romanian children issue is close to her heart. And she has in the meantime gained a lot of expertise, which she wants to continue to put at use.

Roelie does not want to leave, but asks for security.

Her direct boss, writes the next day to the head of Human Resources:

It seems to me that when an official is victim of threats, because of her professional responsibilities, that it is up to the Commission to organise her protection. And that the Commission should address the Police in the name of the official.

And that the last mentioned does not have to do that on personal title.

But the European Commission does not involve the Police.

And the threats continued. Roelie Post is convinced that she was also overheard. And she is not the only one who thinks so.

She shows a big notepad, in which she communicated with the British Baroness Emma Nicholson. She dealt with the Romanian adoptions as rapporteur of the European Parliament for Romania’s accession to the EU.

We then already knew that we worked on a dangerous file. And that if we discussed important matters – in relation to our safety – we should not speak out loud. And – better safe than sorry – in the end, at the insistence of Baroness Nicholson, we wrote it all down.

So yes, paranoia or not, I was in any case then not the only one…

Emma Nicholson wrote in big letters the measures which Post should take. Emma Nicholson confirmed to us that these are indeed her notes.

A second person has been put on the job, so that she is no longer the only responsible civil servant for the Romanian Children File.

In an undated confidential letter her boss De Lobkowicz writes that Roelie is possibly a victim of the lobby. That she filed Police complaints. That she will need to withdraw from the Romanian Children File and that a colleague will temporarily take over.

That colleague is prepared to speak with us, on condition that we don’t mention her name. Because she is not really allowed to speak to us.

Well, when we started working together, very quickly I also started seeing strange things. Because I often after work spent time at her house, here in Brussels. We were for example followed in the street, in the park, when we walked her dog.

And in front of her house we often saw a big white van that was parked there.

And once we got out and I could see that the doors of the van were open and inside there was a lot of electronical equipment. When they saw me getting closer, they quickly closed the doors. It was clear that someone was very carefully listening in. Listening to what was going on in Roelie’s house.

Eventually it led to the fact that one day, on 14 June 2005, I had to go to the head of the Human Resources, who said: from tomorrow on you don’t work in the Romania Team. And that was it. And it wasn’t said where I would work. So, I first stayed home a few days. That’s how it started. The breaking point.

The colleague tells how she experienced that meeting:

In the Commission you have this system that if they want to transfer you, they transfer you. It is sort of military hierarchy.

At the end, in 2005, they forced Roelie to leave. I was there, with someone from Human Resources. She told Roelie that she had 15 minutes to leave the building.

Roelie wrote an emotional farewell mail to her close colleagues and bosses:

It is with deep regret that I write this mail. Since the change of the Commission the pressure for intercountry adoptions has increased and appears to have found a willing ear at the Commission. Mr. de Combret is stronger than ever and, after 15 years of harassing the Commission he seems to be winning after all.

Roelie first put herself on sick leave, then took leave to reconsider her future, but she remained a European Commission civil servant.