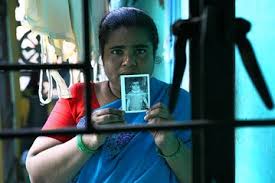 In 2005 Fatima’s children were playing outside. A rickshaw driver pulled over and grabbed them. The older boy got away, but his little sister was kidnapped. And legally adopted in Australia.

Years and years ACT has done whatever possible to try and connect the girl again with the grieving Indian family.

Contacted the authorities, the adoptive parents. We supported all parents of children stolen for adoption to protest in front of an international conference of the adoption industry and meetings with the Indian authorities. Denial, miscommunication, obstruction.

Some years ago, we gave the Australian girl’s phone number to her Indian family. She told her brother adoption was the best thing that happened to her.

Now we know for sure. The child was indeed kidnapped.

Guilty as charged by the Indian Court on 12 February 2019, ‘orphanage’ director and those who kidnapped the children:

Conspiracy to kidnap the children, change their names, to forge a surrender deed to look as if the biological mother did surrendered the child to Malaysian SOcial Services to impersonate as mother of the kidnapped children, to use such forged surrender deed for cheating, to use such forged surrender deed for as genuine, to file such false and forged documents before the Court of Judicature in Madras for the purpose of obtaining order from the Honorable High Court to kidnapped children in foster care of foreign coupes by obtaining donations from the foreign countries.

This is from 2013, with interviews with Arun Dohle and Anjali Pawar from Against Child Trafficking.