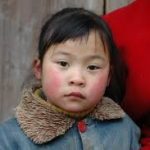 It was in 2008 that documentary-maker Geert-Jan Lassche asked Arun Dohle (ACT) for help in regard to adoptions from China. He needed background information, contacts. In short: ACT’s knowledge.

The outcome: two dramatic documentaries, which shook the Dutch adoption world. Wereldkinderen’s biggest adoption agency’s director resigned. Because of admitting she did wrong by ignoring previous signs that adoptions from China were wrong?
Nope. It was because officials of the Dutch Ministry of Justice had threatened to suspend Wereldkinderen’s license if she would do her own (under-cover) research in China.

Honestly, that research had already been done. The proof that China’s adoption system was based on the sheer exploitation of Chinese families and the human rights abuses under the One Child Policy was already out in the open.

Adoptions from China should have stopped then and there.
But no. China was at that time the biggest provider of adoptable children. So the show had to go on. Including the money transactions, asked by China per adoption.

Despite the Hague Adoption Convention’s rules that no such payment is allowed.
According to Mr. William Duncan of the Hague Conference’s Permanent Secretariat:
“Not a dollar, not a cent“.

Now a new movie came out. We haven’t seen it yet, but its trailer and reviews are promising. A harrowing story of breaching human rights in China, and how the adoption mob benefitted from that. State organised, legalised, child trafficking.