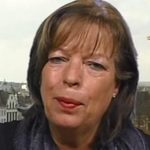 Timmermans backs whistleblowers but forced her to hide even though she was right, Sorina’s Case confirmed her warnings.

The case of Sorina, a 9-year-old girl, of Roma origin, dragged and forcibly taken from the home of her foster family, shook Romania but also the Dutch Parliament.

On September 4, 2019, the case of Sorina was debated in The Hague, in the Parliament, in the context of Roelie Post, the former official of the European Commission charged with the implementation by Romania of the Law on Child Protection and the Law on Adoption in the Community acquis, and at the moment a whistle-blower, who is suffering “serious” consequences as a result of the disclosures made about the danger that exists in Romania, and about the replacement of the acquis with the “law of Adoptions based on The Hague Convention”, dedicated more or less to “traffickers of children”.

We summarize the video from the Dutch Parliament, in which the member of Parliament, Pieter Omtzigt asked the Dutch prime minister to address the problem of Romania’s adoption practice, but also the problems faced by Roelie Post, a whistleblower, at the European Commission level with Frans Timmermans.

“There is now a whistle-blower hiding somewhere: Roelie Post.
From the European Commission, because of the trafficking of children and I saw recently how a child was abducted in Romania from his foster parents by screaming and yelling, the scenes are very shocking, to be adopted in US for several tens of thousands of euros.

How bizarre it can be. 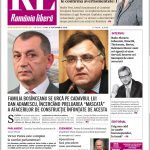 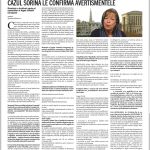