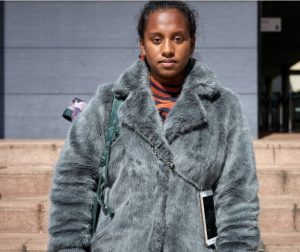 The court in The Hague will not deal with the substance of the case of a 28-year-old woman about her adoption in Sri Lanka. The case was brought by Dilani Butink, who was adopted by Dutch parents in 1992.

Butink says that serious mistakes were made in the adoption by the State and the mediation organization Stichting Kind en Toekomst. The adoption would therefore be illegal.

The court says that the case is time-barred and therefore there is no substantive treatment:

The limitation period can only be deviated from in very exceptional cases, but according to the court that is not the case here. Legal certainty is more important in this case than the legal protection of an individual, the court said. “And that is a bitter pill,” the chairman of the court told Butink.

The lawyers of the State and the Kind en Toekomst Foundation had previously argued that the case is time-barred.

Dilani Butink wanted the government to admit guilt, indemnify her and establish a DNA database for Sri Lankan adoptees. According to her lawyer, Sri Lanka was only about earning money: Sri Lankan brokers received about 4,000 guilders, fifty times the normal monthly salary of a resident of the country.