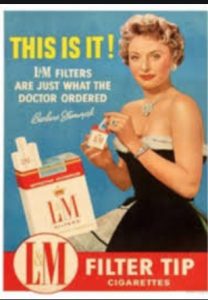 Corruption has many shapes and the higher one gets, the more blatant and at the same time subtle it becomes.

No one would really accept if tobacco companies make public health policies.
In the area of child adoption, however, society accepts this.

Let´s have a closer look.

During the time of the drafting of United Nations Convention on the Rights of the Child, it became clear that intercountry adoptions would be over. So the adoption mob found a willing collaborator in the Netherlands.

The “Hague Conference on private international law”. There is more to this process, but that is for another blog.

First we have a look at the CV of Hans van Loon:

We can conclude that here is ISS and the Hague Conference on private international law are linked.

An adoption agency network and a body who makes laws.

Let´s translate it into tobacco.

Imagine a tobacco company and the World Health Organisation being connected through one of the WHO’s top level managers… and then the tobacco company to develop a WHO campaign “healthy and ethical smoking”. I think many would consider that as problematic.

But the plot even thickens more.

Here LINK is a letter of the former Secretary-General, Hans van Loon, begging the Central Adoption Authorities of the so-called receiving countries for money for International Social Service.

So, the top official of the Hague Permanent Bureau requests direct state support for the International Social Service, of which he is a Council member.

Is that abuse of position?

Guess what? Until date many Central Authorities pay ISS in return for the ISS newsletter and access to the ISS database. In 2017, some 375 thousand Swiss Francs (approx. 350.000 euro).

Mr. Hans van Loon in his dual position has provided the seeds for the pro-adoption biased Hague position on the subsidiarity principle that gets internationally promoted by ISS.

Surprised that the industry sees adoption and ‘permanency’ as “best interest” of children?

The Hague Adoption Convention, just what the experts order 😉