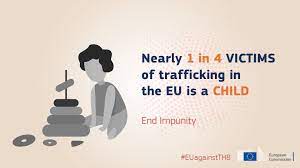 From 1999 till 2006 the European Commission supported Romania to reform its child protection. Old-style children’s homes were wrongly labeled ‘orphanages’ by the adoption industry, creating family-type homes, foster care – and finally – stop the export of children for intercountry adoption.

After a long international dispute between the EU and the US on this issue, an Independent Panel of EU Experts ruled in 2004 that (intercountry) adoption should not be seen as child protection and that intercountry adoption, if all, should be the extreme exception.

Realising that Romania’s stoppage would have effects on other countries, we (me and some colleague civil servants) started working on a policy document to get to a coherent policy on the issue of children’s rights and intercountry adoption. Also, a meeting was held with the chairman of the Independent Panel on how to deal with other countries, like for example Ukraine.

As is known now, thanks to a number of ‘Ask the EU’ requests for access to documents, the European Commission stopped acting as the Guardian of the Treaty, and instead joined the adoption lobby in its attempts to replace the UN Convention on the Rights of the Child with the pro-adoption biased Hague Adoption Convention.

No coherent policy was developed. It was back to the Wild West of those with an interest in obtaining children.

The European Commission gave the issue of children’s rights back to the child rights NGOs, like Eurochild, Hope & Homes, and Lumos.

Eurochild who considers intercountry adoptions as the bugbear of child protection does not touch the issue. Instead, with Hope & Homes (an NGO that started its activities in Romania) they organised a pan-European campaign on De-Institutionalisation “Opening Doors”.  Closing institutions, but without a child-rights approach – leaving the bugbear of intercountry adoptions untouched. Let’s not forget the European Commission was largely the main financer of Eurochild.

The Ukrainian part of this campaign got partly financed by the UK Law Firm Clifford Chance, which donated 50.000 euros and 500 hours of law firm hours to reform chilights in Ukraine.

Whatever was done exactly is unknown, but Ukraine became the second largest provider of children for adoption, since Romania and later Russia, closed its doors.

Clifford Chance, by the way, employs the retired Director-General of the Legal Service of the European Commission. He was the boss when, in 2004, the Legal Service did not know that the UN Convention on the Rights of the Child was inseparable of the attainment of the objectives of the Treaty, and thus children’s rights had been deleted from the list of acquis to which new EU Members needed to adhere.

I drafted a letter of complaint, after which child rights got restored: 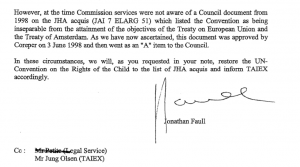 Another fact, one of the Director-Generals who were part of the Disciplinary Committee who fired me in 2018 was someone I did not know. After his retirement, he also joined that same law firm.

Clifford Chance is known for its tobacco lobby activities for clients including Philip Morris, the Tobacco Advisory Council, and British American Tobacco.

Anyways, in short: the European Commission did not invest in a reform of the child protection sector like was done in Romania. Letting children at risk of all kind of abuse.

I hope the ‘Powers that Be’ will protect Ukrainian children.
There is a great risk for child traffickers now.

As a start, all intercountry adoption procedures should now be suspended.

Last food for thought: while Mr. Petit taking out the UN Convention on the Rights of the Rights as a legal basis in 2004, this was happening. The world is full of coincidences… 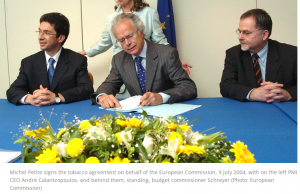