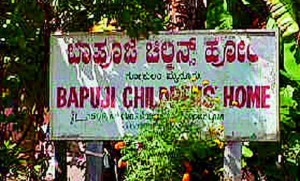 Mysore: A researcher from Germany, who was himself a victim of child trafficking in the guise of adoption, and a child rights activist from Pune are now battling to stop orphaned children, Ullas and Anand from being sent to a couple in Italy, alleging they are being trafficked in the guise of adoption as their guardians‘ consent was not taken in the matter.
Arun Dohle of Maharashtra, who claims he was given up for adoption in 1973 without his mother’s consent to people in Germany and trafficked, succeeded in finding his roots thanks to Anjali Pawar, director of Sakhee, a child rights organisation.

Having researched child trafficking and inter -country adoptions for a decade now, Dohle has approached several international organisations to help stop the adoption of Ullas and Anand.

Anjali has meanwhile filed a complaint against the Mysore CWC, Bapuji Children’s Home and Vatsalya Charitable Trust with the National Commission for the Protection of Child Rights based on Deccan Chronicle reports on the issue. She has also appealed to the Department of Women and Child Development to order a probe into the adoption.

“The CWC should have asked for an inquiry by the police and obtained the consent of guardians before giving a newspaper advertisement inviting objections to the children being adopted,” Anjali said.