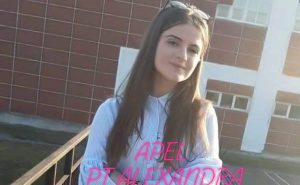 On the International Day Against Trafficking in Human Beings, investigator and journalist Mircea Opris tagged Arun Dohle and Roelie Post on Facebook – thanking us for our help in the fight against trafficking – and expressing his opinion that the Caracal case was linked to trafficking in human beings.

Mircea Opris and ACT worked together for some years on exposing the mafialike workings of the adoption mob, in their attempt to enforce a European Adoption Policy.

Today indeed Mircea Opris published about the existence of a trafficking network.
The world we live in:

Imagine that as a child, you cannot ground in your adoptive family. What are your rights?

2Doc: Girl in Return shows the personal consequences of the current international adoption system through the eyes of Amy, an adopted teenage girl.

Director Katrine Kjaer, produced by Sonntag Pictures, an international co-production with, among others, VPRO.

The film ‘Girl in Return’ follows Amy in her battle with the Danish and Ethiopian authorities to undo her adoption. At the age of ten, Tigist, as she is still called, is adopted by a Danish family. It seems like a good idea: adoptive parents who have love to give and better conditions and opportunities for the girl. However, how does it work in practice and how is it for her biological mother and older sister in Ethiopia who at the time agreed to the adoption?

Unlike her younger sister, who has also moved, Amy cannot adjust to her new family. If the situation becomes untenable, she ends up in a foster family. The bond with her foster mother is loving, and she has nice friends, but Amy cannot get used to the Danish culture. A deep desire for and intense grief for the loss of her family, language and culture in Ethiopia dominate her life. Where does she belong?

From her fourteenth to her eighteenth, director Katrine Kjaer follows Amy in her search. Is it possible to cancel Amy’s adoption and can she rediscover her identity in freedom?

Kjaer previously made the documentary Mercy Mercy, about the adoption of two Ethiopian children. In Denmark, this led to parliamentary inquiries and parliamentary questions.


Believing she was ’stolen‘ and trafficked as an ‚orphan‘, Jyothi Svahn goes on a multi-country hunt for her birth family – and uncovers an international adoption industry built on lies, greed and heartbreak.

With the help of ACT, a Swedish adoptee follows the criminal trail to India to unmask the deception behind her adoption story. ACT’s founder Roelie Post explains the pattern on Channel AsiaNews.

A 30 minute story of an Australian family who find out that their adopted children had been traded by child traffickers in India. A 27 minute investigation into the mechanics of intercountry adoptions.

Based on five years of research work by ACT, this 50 minute TV documentary is about child trafficking from India to Denmark. Made in the style of an investigation, the documentary follows the story of an Indian father whose children were sold to a family in Denmark without his knowledge. The programme uncovers systematic corruption in the intercountry adoption system.